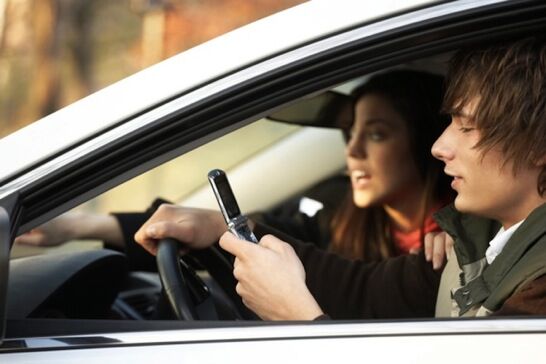 A recent study shows a disturbing trend about teenagers and their driving habits. Nearly 38% text while driving. Not only that, but they do it frequently enough that 64% of those who do have done it at least once a month.

Teens Text More Where the Driving Age Is Lower

Thirty-five of the 50 U.S. states were covered in the study, which shows that in some states, many more teens text or e-mail while driving much more than the national average. In South Dakota, for example, 64% are engaged in texting and driving; in North Dakota, 58%; and in Montana, 55% are doing it. (Louisiana was not covered in the survey.)

Perhaps most sobering of all, in nearly all the states where teen driving and texting was surveyed —34 out of the 35 — texting and driving is against the law. Texting while driving has been proven to increase the chances of an accident up to 9 times.

What Can Parents Do?

Teens texting or e-mailing while driving presents a hazard not only to themselves, but also to other passengers in the car, and other motorists on the road.

It’s not enough to simply be concerned. Parents should consider the following steps to deter their children from texting and driving.

The biggest thing parents can do is to set an example. If your children see you texting and driving, they will be more inclined to do it themselves. Put your phone away while driving. Make it clear that phones on and driving are two activities that don’t mix — any more than drinking and driving do.

2. Discuss the Dangers of Texting and Driving

Have a discussion with your teenagers about the specific perils of texting and driving. It may seem to them that their eyes are off the road for just 2 seconds. But remind them that it only takes 2 seconds for a car to pull out in front of them, or a child to walk in front of them. It’s enough time to cause a serious car accident that could even kill them or their passenger friends.

3. Use an App to Make Texting and Driving Impossible

Several apps are available that interface with the car’s GPS to make texting and driving impossible. You can monitor your kids’ phones to see if they’ve been disabled as well. An app like this may be a wise choice for your family.

Accident Caused by a Driver Who Was Texting? Call Bart Bernard to Discuss Your Legal Options

If you or a loved one needs a lawyer after a crash caused by a texting driver, call the Bart Bernard Injury Lawyers, with offices in both Baton Rouge and Lafayette. Call today to speak with Bart Bernard, an experienced Louisiana texting and driving accident lawyer who will fight for maximum compensation under the law. Consultations are free and we do not charge legal fees unless we win compensation on your behalf. We look forward to hearing from you!