What Is the Status of Opioid Litigation? 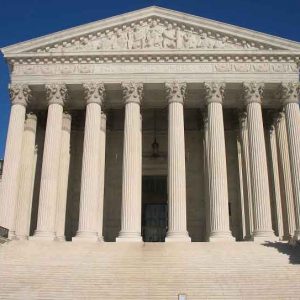 Louisiana is a nationwide leader in opioid litigation. Bart Bernard, a personal injury attorney in Baton Rouge and Lafayette, says he has fielded numerous calls in recent months pertaining to the pending opioid litigation. The state has been hit particularly hard by opioid addiction of mothers and their children.

Ranking among the “Top 10 States for Opioid Prescriptions Per Capita” in recent years, Louisiana has spent over $677 million for the treatment of opioid use and dependence since 2007. Much of this money has gone toward the care of opioid-addicted infants and their mothers.

Instead of spending 1-2 days in the hospital as most babies do, these babies spend at least 28 days in the intensive care units on average, incurring huge expenses. Louisiana already struggles with one of the highest Medicaid insurance rates in the nation with its 1.4 million residents, but further compounding the issue is the fact that the majority of our tax dollars go toward treating the 1 in 5 Louisiana mothers who have consumed opioids during their pregnancies.

According to data from the Louisiana Department of Health, the number of babies in the state born with NAS has more than quadrupled since 2003, mirroring what has been happening elsewhere in the country. Nationwide, an opioid-addicted baby is born every 19 minutes. A surging tide of opioid lawsuits has often been compared to the Big Tobacco lawsuits of the nineties.

In February 2018, a group of attorneys and medical professionals filed an opioid class action lawsuit in St. Tammany Parish on behalf of opioid-affected infants and children in Louisiana. Sheriffs, government representatives, mayors, state agencies, Native American tribes, and other legal entities are weighing whether to join the court proceedings.

The plaintiff and class representative in the first class action case is referred to as “Baby R.” His mother became addicted to opioids following a severe car accident. The lawsuit seeks damages for families with babies born with NAS, funds for lifelong medical monitoring, the cost of running long-term treatment centers, better training for doctors and nurses, and academic research. “Baby R” suffers from developmental disorders, but there is still much to learn of the full impact from neonatal opioid addiction.

The lawsuit went after a long list of defendants, including McKesson Corporation, Johnson & Johnson, and Allergan, as well as pharmacies, which have a legal obligation to monitor the amount of opioids passing into patients in the community. The class action in Louisiana was the first one like it in the nation, but certainly not the last.

Now, in addition to Louisiana, dozens of other states have since joined the fight, including:

The class action lawsuits against opioid companies goes beyond the harm done to fetuses. Many opioid-addicted individuals, relatives of the deceased, and community representatives concerned about their constituents have joined the maelstrom of litigation.

A Philadelphia-area workers’ union prepared a lawsuit after losing eight of its members to opioid addiction in less than a year. “IBEW Local 98 will no longer allow the manufacturers and marketers of these deadly drugs to peddle their poison to our members without facing severe consequences,” explained John Dougherty, a business manager with the International Brotherhood of Electrical Workers Local Union 98. “I believe the only way to get the attention of Big Pharma is to hit them in the wallet,” he added.

What is opioid multidistrict litigation (MDL)? With an MDL, similar cases are grouped together to reduce costs and streamline efficiency before one judge. Several bellwether trials are selected to identify strengths and weaknesses of the arguments. From there, large settlement offers often follow.

As of June 2018, 887 pending lawsuits were consolidated into opioid litigation MDL 2804 to be presided over by Judge Dan Aaron Polster in the Northern District of Ohio. In the first hearing back in January, Judge Polster notified lawyers he intended to dispense with legal norms like discovery and stated that he would not preside over “years of unraveling complicated conspiracy theories.” Prepare for settlement discussions immediately, he told them.

“The stakes in this case are incredibly high. Any thinking person should feel terrible about the situation we’re in,” he has said. Though it’s unconventional for the judicial branch to take such an instrumental role in enacting nationwide change, “It seems the most human thing to do,” Judge Polster explained.

He believes they already have at least 80 percent of the information needed to negotiate settlements, and the longer the discussions go on, the more entrenched each side becomes in their arguments. His aggressive schedule has set the first bellwether trials for March 2019, despite pleas from Big Pharma to push them off another year.

Where To Begin Opioid Litigation for Drug-addicted Babies

Filing an opioid lawsuit cannot undo the damage that has been done, but it can help parents cover costs associated with treatment, recovery, lost wages from time taken off work, and emotional hardship. Furthermore, filing suit helps hold aggressive marketers and big pharma accountable for intentionally misleading doctors and the general public about known risks associated with their products. Contact experienced Louisiana Personal Injury Attorney Bart Bernard for winning representation in the struggle against well-entrenched interests.