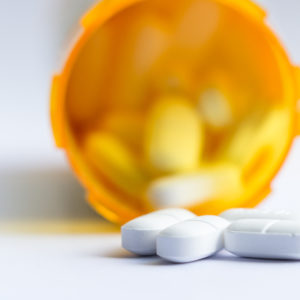 At the Louisiana Personal Injury Bart Bernard Personal Injury Lawyers, we recognize the gravity of America’s opioid crisis and its treacherous effects on our communities, families, friends and loved ones. Thousands of residents in our state have become addicts after being prescribed narcotic painkillers manufactured by Big Pharma.

According to recent statistics, our nation’s opioid epidemic has claimed more than 300,000 lives in the past 15 years and could kill another 500,000 over the next decade.  It is impossible to address the underlying causes of the opioid crisis without discussing opioid manufacturers – and distributors—that fabricate and market these highly addictive drugs. For years, these pharmaceutical giants have skirted liability for much of the pain, suffering, loss of life and economic burden placed on taxpayers. But this is all changing as more cities, counties, states, government entities and individuals file lawsuits against the makers of drugs like Oxycontin.

At least six states, including Louisiana, have brought suits against opioid manufacturers charging that the companies knowingly failed to disclose addiction risks, oversaturated the market and made false representations about their products’ “ceiling dose,” spurring increased prescriptions. Louisiana is among the nation’s top 10 states in terms of per capita opioid prescriptions and has doled out more than $670 million in the last decade to create opiate dependence and treatment programs.

The federal government is also seeking financial restitution against Big Pharma for the detrimental effects on our social system caused by rampant opioid addiction.

Opioids are powerful medications that relieve pain and produce feelings of euphoria. These narcotic painkillers are highly addictive and overprescribed. The National Institute on Drug Abuse estimates that up to 12 percent of people in the U.S. who are prescribed opioids become long-term addicts. Of these, roughly 6 percent eventually turn to heroin. NIDA notes that the first seeds of the opioid crisis began in the 1990s when drug makers “reassured the medical community that patients would not become addicted to prescription opioid pain relievers, and healthcare providers began to prescribe them at greater rates.”

The following are some of the most common opioid painkillers on the market today and a list of the companies that manufacture them.

Every day, some 40 people in the U.S. die from an opioid overdose, and countless babies are born with neonatal abstinence syndrome (NAS) – a painful result of their mother’s opioid dependency during pregnancy.

Opioid litigation has drawn substantial publicity, as Big Pharma defends allegations of deceptive and false marketing among other claims. Some of the biggest names in litigation today include Teva Pharmaceuticals USA Inc., Purdue Pharma Inc., McKesson, Johnson & Johnson and their unit Janssen Pharmaceuticals.

This barrage of civil claims against opioid pharmaceutical companies could culminate in a significant outcome for victims embroiled in this national health-care crisis.

In 2007, Purdue Pharma reached a $634 million settlement with the federal government for misleading the public about OxyContin’s addictive properties. The company marketed the long-acting painkiller as less addictive than morphine and paid a hefty fine for this willful deception. This landmark settlement came on the heels of a separate fine, when the Purdue agreed to pay out $19.5 million to 26 states and the District of Columbia to resolve complaints that it enticed doctors to overprescribe its blockbuster drug.

To date, the bulk of opioid lawsuit victories have come in the form of settlements. Even though the defendants rarely admit culpability in these agreements, the damages bring some measure of justice and economic relief to the many victims of the opioid epidemic.

Louisiana has some of the highest rates of opioid addiction in the country, and newborn drug-addicted babies suffer the consequences of this horrific scourge. Lafayette injury attorney Bart Bernard has been trusted in Louisiana for over 20 years and is prepared to take on opioid manufacturers and distributors responsible for false and misleading marketing.

If you or someone you love has been affected by the opiate epidemic and are considering litigation, we invite you to call Bart Bernard for a free, confidential case review in Baton Rouge, Lafayette or the Lake Charles area.