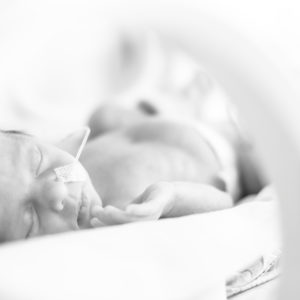 The opioid epidemic that has swept the country is not showing any signs that it is slowing down. In the memorials for victims, it is often the smallest victims that are overlooked – the opioid-addicted babies. Louisiana has taken a leading role by going after the drug manufacturers to hold them accountable. Bart Bernard is currently evaluating claims of these most innocent victims as opioid litigation continues to grow in courts across the country.

According to the Centers for Disease Control, at least 6 out of every 1,000 babies born is suffering from neonatal abstinence syndrome. The number is likely higher since not all states collect this data. That means a baby is born suffering from withdrawal roughly every 20 minutes.

Descriptions in medical journals cannot completely capture the tragedy of this epidemic. Doctors and others on the front lines, those who spend weeks or months trying to comfort helpless and inconsolable newborns, understand the effects of NAS when they listen to seemingly endless heartbreaking cries of these babies. Now individuals, cities, and states are attempting to hold manufacturers accountable for putting opioids into the stream of commerce while downplaying the risks.

Opioid Addicted Babies - How It Happens

The Louisiana class-action opioid baby lawsuit, filed in 2018, provides an example of how babies suffer as a result of opioid addiction. The plaintiff in that case is a three-year-old who was born to a mother whose lower back was injured in a car accident before becoming pregnant. As a result of the pain, she received a prescription for opioid painkillers and became addicted. She continued to take the medication throughout her pregnancy.

The plaintiff was born addicted to opioids due to chronic exposure to the drugs in utero. Once the supply of opioids was removed at birth, the baby suffered NAS – neonatal abstinence syndrome – and has suffered complications related to the syndrome. The child has undergone several types of therapy – speech, hearing, and behavioral – due to the long-term effects of the opioids.

Opioid addiction in babies carries consequences that are both immediate and far-reaching.

Sudden removal of opioids from a newborn’s system causes withdrawal symptoms and can include:

Recent data has shown that the long-term effects of prenatal opioid exposure can include:

Many other conditions can mimic the symptoms of NAS so obtaining an accurate history of the mother’s drug use is crucial for correct diagnosis. A mother be asked about any drugs she took during the pregnancy, as well as the last time she took them. The hospital may also screen her urine.

In addition, the doctors may use a neonatal abstinence syndrome scoring system to grade the extend of the withdrawal and decide on a course of treatment. The scoring system assigns points for each symptom and how severe it is. They may also order a drug screen of the newborn’s urine or first bowel movements.

The course of treatment will be determined by factors such as:

Speak with a Seasoned Opioid Lawyer in Louisiana

Bart Bernard is a dedicated personal injury lawyer proudly serving Louisiana clients from his offices in Lafayette and Baton Rouge. He is putting that experience into action in the latest legal battleground, fighting for the rights of the smallest opioid victims.

Bart Bernard is armed with an impressive trial record in difficult cases, decades of experience, and a network of expert consultants in his fight for justice for injury victims. He is now putting those assets to work for victims like opioid addicted babies. Call today to schedule a free case review. Representation is free unless we win money on your behalf.