Because driving a car is part of daily life, it’s easy to forget how dangerous it is. When you consider, however, that in 2012 34% of the vehicles involved in Louisiana fatal traffic crashes and 48% of the vehicles involved in injury crashes were passenger cars, the perils of driving become clear. Overall, Louisiana traffic crashes claimed 722 lives, caused 72,478 injuries, and cost citizens $5.6 billion in 2012. 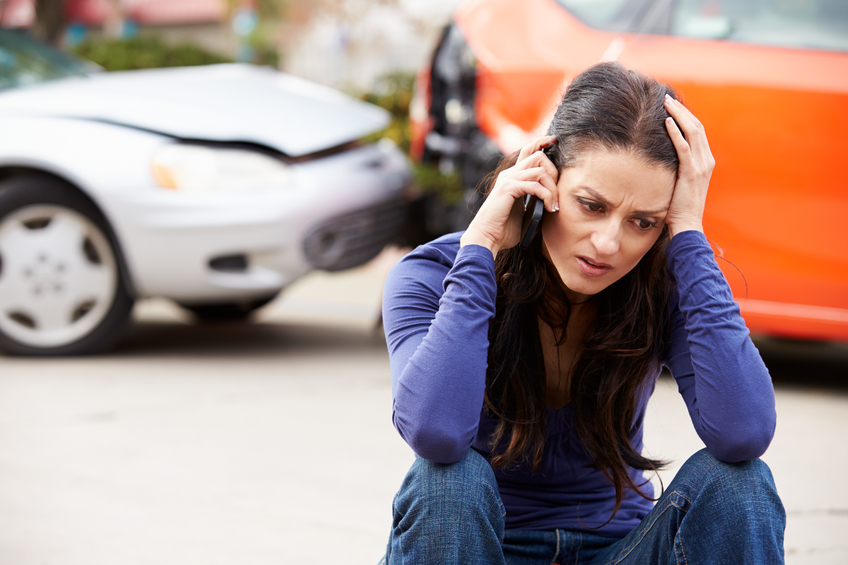 In a state with 2.9 million licensed drivers, where each person may drive more than 10,000 miles each year, some accidents are inevitable. But many more are preventable. For example, 41% of Louisiana’s 2012 traffic fatalities were alcohol-related. Driving too fast and driving while distracted are other leading causes of traffic accidents in Louisiana and throughout the United States. Car accident statistics, while revealing, never capture the full scope of human suffering they cause. At the Bart Bernard Injury Lawyers, we’ve seen firsthand how those who are injured or lose a loved one in a car accident struggle to put the pieces of their life back together. That’s why we fight hard to make sure that you and your family receive the damages you deserve following a serious crash. To speak with an experienced accident attorney for free about your case, call  our Lafayette or  Baton Rouge location at  or contact me online today.

We Can Help After an Auto Accident in Louisiana

Even a minor fender bender can cause injuries that necessitate medical care and keep you out of work. Serious car accidents often lead to catastrophic harm such as a neck, back, or spinal cord injury, a head injury, burns, and amputation. These injuries can prevent you from working indefinitely and alter your life permanently. As the level of injury increases, so does the importance of recovering a fair amount of compensation. Studies have shown that people who obtain legal counsel receive significantly higher settlement than those who represent themselves. As a member of the Million Dollar Advocates Forum and the Multi-Million Dollar Advocates Forum, Bart Bernard has a proven track record of getting outstanding results for injured clients. Some of the ways I help clients understand their rights and collect the full amount of damages owed to them under the law are explained below.

Is it True that Louisiana Has One of the Highest Accident Rates in the Country?

This is, unfortunately, true. A recent report by the nonprofit group The Trust for America’s Health found that Louisiana has the 7th highest rate of auto fatalities per 100,000 residents (20.2) as well as the 15th highest rate in total auto fatalities. And when you look at key factors in fatal crashes—things like running red lights, drinking and driving, and speeding—Louisiana ranks as the 4th most dangerous state to drive in. According to the latest U.S Census data, only one other state has more fatalities per 100 million vehicle miles traveled than Louisiana.

The Accident Was Partly My Fault. Can I Still Recover Damages?

Yes, although the amount of compensation you receive will be reduced by a percentage equal to your negligence. For example, imagine that you recover $100,000 in damages and are found to be 30% at fault for the accident. Your recovery, then, is reduced by $30,000 to $70,000. This is known as “comparative negligence.” Note that there must be at least one other party at fault for comparative negligence to take effect.

What Happens if the At-Fault Driver Doesn't Have Insurance?

You have a couple of different options. You might first try to sue the other driver for damages. Depending on the extent of your losses and the value of the driver’s assets, however, going this route may not be the best option. Even if you win, chances are good that an uninsured defendant doesn’t have much in the way of money or assets.

What Is No Pay, No Play?

With among the highest insurance rates in the country, Louisiana in 1997 instituted in a ten percent rate decrease for automobile liability coverage. The rate reduction was accompanied by No Pay, No Play, which incentives motorists to buy liability coverage by limiting the ability of uninsured motorists to recover damages following a car crash. Under No Pay, No Play, uninsured motorists—even if the other party is 100% at-fault for a car accident—are not allowed to recover the first $10,000 of their bodily injury or property damage losses resulting from an accident. Certain exceptions apply, including accidents with an intoxicated driver, a driver who flees the scene of the accident, and a driver who intentionally causes the accident. As long as you carry at least the state minimum for liability auto coverage, you do not have to worry about No Pay, No Play.

What Are Punitive Damages?

Punitive damages are a money award given to an injury victim in addition to compensatory damages. Compensatory damages are “actual” damages—that is, they are designed to provide a plaintiff with money for things that were lost (e.g. medical bills, lost income, emotional harm) in their accident. Punitive damages, on the other hand, are designed to punish a defendant for an especially harmful act. In Louisiana, punitive damages can be awarded in a drunk driving accident case, although it isn’t a certainty that they will be awarded, or if they are awarded, in what amount.

Other Than the Driver of Another Vehicle, Who Can I Sue?

While the driver of another motor vehicle is the most likely lawsuit target, other parties may also bear blame for an auto accident. So-called “vicarious liability,” for example, might apply to the actual owner of the vehicle if it is a company vehicle driven by an employee or a teen driver operating his or her parents’ vehicle. Another instance involving teen drivers has to do with dram shop laws, laws that place legal responsibility on establishments that sell liquor to minors (if it’s a drunk driving accident).

In cases where an automobile defect causes the accident, the vehicle manufacturer or repair shop could be held liable. A government entity could also be held liable if a road design defect caused the accident. So could an entity (say, a landscape company) that drops debris (say, equipment) on a roadway that leads to an accident. Similarly, the owner of a domesticated animal that runs loose and causes an accident could be sued.

I Was the Passenger of a Vehicle Involved in an Accident. Can I File an Injury Claim?

As the passenger in a vehicle that gets into an accident, you may file a claim against the driver/owner of the vehicle you were in or the driver/owner of another vehicle involved in the accident—or both (assuming that each both parties share some blame for the accident). You would probably only pursue a claim against both parties’ insurers if a single party’s insurance is insufficient to cover your losses. If you are hesitant to file a claim against a friend or family member, keep in mind that their insurance company, not their personal assets—will be used to compensate you.

What Are My Obligations To the Other Party's Insurance Company?

Who Decides Whether or Not To Accept an Insurance Company's Settlement Offer?

Even if you obtain legal counsel, the decision to accept a settlement offer is entirely up to you. Of course, if you do have a lawyer, he will be able to advise you on the fairness of a settlement. The inexperience of injury victims in dealing with settlement negotiations can sometimes lead them to accept an offer that on the face appears to fully compensate them, but actually does not.

Is a Lawsuit Necessary?

No, particularly if your injuries and/or property damage are minimal. Most accident cases of this nature can be settled without a lawsuit being filed.

A lawsuit may become necessary if the regular insurance claims process fails to deliver a satisfactory settlement offer. In filing a lawsuit, you might gain some negotiating leverage by showing that you won’t hesitate to exercise your rights. Plus, once the case is in the hands of a jury, it is out of the hands of the insurance company, possibly putting the insurer at a disadvantage. The fact that you file a lawsuit doesn’t mean that a pretrial settlement is no longer possible. In fact, most cases end up settling before a court ever hears the case.

What Is the Statute of Limitations?

Statutes of limitations are laws that forbid legal action beyond a certain date. In Louisiana, the statute of limitations for personal injury cases is 1 year, meaning that 1 year from the date of your accident, you concede the right to file a lawsuit. In other words, you shouldn’t delay if you are considering filing a lawsuit.

Bart Bernard Injury Lawyers has office in Baton Rouge and Lafayette, Louisiana and we work with people locally and from out of state who need legal advice about their rights after a car accident. Call or contact me today for a free case evaluation. We collect no attorney fees unless we’re successful in collecting damages on your behalf.

Click to Chat
"We ended up settling my car accident case and didn't have to go to court. Very happy about that! Some went to bills but even after everything and the 33.3% commission I still received 8k, which is great considering it was a relatively small settlement amount. I was able to get medical treatment without worrying about bills.  Bart Bernard's firm was very informative and helpful the whole time. I know they had my best interests at heart and that I got the best deal in the end." ★★★★★ - Nancy B.
SUBSCRIBE TO OUR BLOG