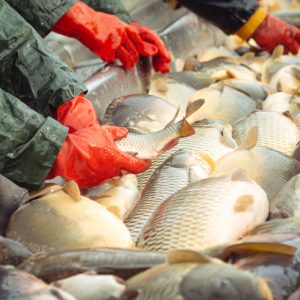 Louisiana is home to many commercial fishermen. Fishing, from shrimp boats to oystering to catching snapper and grouper, is highly important to the economy of the state. But it’s also highly dangerous for the men and women who do it.

In fact, the death rate on the job for commercial fisherman is an astounding 29 times higher than the average of occupational-related deaths across the country.

The National Institute for Occupational Safety and Health (NIOSH), an arm of the United States government, ranks commercial fishing as among the most hazardous occupations in the country.

In the most recent U.S. report, the greatest threats to the life and safety of commercial fisherman in 2015 were vessel disasters, falls overboard, and machinery that was on the deck.

Commercial fishermen work in hazardous conditions, with harsh and even violent weather and long hours. They face slippery surfaces. The manual labor involved is hard. They are often alone. Deaths from falls overboard, for example, often occur when the fisherman is the only person in the vessel or the only person on deck.

From those conditions come seafood eaten across the United States. Nearly 10 billion pounds of seafood were caught or trapped across the country in 2015. The industry as a whole earned more than $5.2 billion, employing 115,000 people.

Nationwide, nearly half of commercial fishing deaths occur after a vessel disaster, with another 30% from falls overboard. Twelve percent of fatalities are caused from onboard injuries, and 9% occur as a result of diving or onshore injuries.

In the Gulf of Mexico states alone, the shrimp fleet was responsible for half of all deaths in the period.

Our maritime attorneys have dedicated themselves to the rights of commercial fishing boat workers. Bart Bernard Injury Lawyers has offices in both Baton Rouge and Lafayette, Louisiana. We assist both people who are residents of our communities and out-of-state residents who need advice on Louisiana maritime law.

Our initial consultation on your case is free. Call today to speak with a Lafayette or Baton Rouge commercial fishing boat accident lawyer and learn about your legal options for monetary compensation.

More On the Dangers of Commercial Fishing: