Boating Under the Influence in Louisiana: Risks and Penalties

Boating Under the Influence in Louisiana: Risks and Penalties 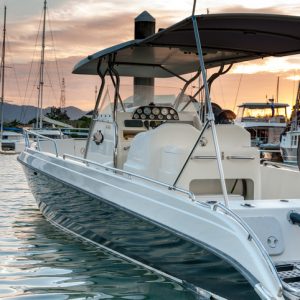 We all love a pleasant day out on Bayou State waters. Despite the freedom you feel in the open waters, it’s important to obey maritime law and avoid operating a boat while drinking. According to a 2016 report by the U.S. Coast Guard, alcohol is the leading contributing factor in fatal boat accidents – even greater than operator inattention, driver inexperience, improper lookout, speeding, and machinery failure.

Boating under the influence is no joke in our state. Many boaters do not realize that the penalties are even stiffer for boating DWIs/DUIs than for driving.

What is considered boating under the influence in Louisiana?

Louisiana law prohibits anyone from operating a water vessel with:

The law also punishes the vessel’s owner (or the person in charge of the vessel) from knowingly allowing an intoxicated person to operate the vessel. Anyone who is boating on Louisiana waters gives consent to be tested for alcohol or drugs if arrested by law enforcement personnel.

What are the penalties for boating under the influence of alcohol?

Operating a Louisiana vessel while intoxicated or under the influence includes a fine of up to $1,000, imprisonment up to six months, or both. Arrests for boating DUI/DWI can result in suspension or revocation of boating AND motor vehicle licenses. That is simply for the charge of “boating under the influence.”

Often, the charges pile up in these cases. For instance, a Texas man faced five charges in a Louisiana DWI boating accident that killed an 8-year-old boy in a southwest Louisiana river. If convicted, he would face five to 30 years in prison with hard labor and a fines of $2,000 to $15,000.

Hazards of boating under the influence include serious injury

For the best boat accident attorney Lafayette has to offer, contact Bart Bernard

If you’ve been involved in a serious boat accident, contact Bart Bernard, the experienced boat accident attorney Louisiana residents trust. Recently, Bart Bernard secured an award of $23 million for a client seriously injured in a local boating accident. While past results are no guarantee of future outcomes, it costs you nothing to call for a free case review. Legal representation is provided free of charge until a successful jury award or settlement offer is received.

Additional “Boating Under the Influence in LA” Resources: