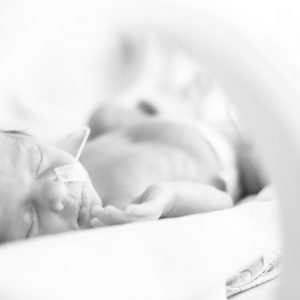 The chance of dying from an accidental opioid overdose in the United States is now higher than dying in a car accident, according to a mid-January report from the National Safety Council.

Deaths from Preventable Accidents Have Increased 96% Since 1992

The opioid crisis has hit a new high. Currently, over 32,000 fatalities in car accidents occur per year – a rate that is more than 100% higher than the average of other countries with relatively high incomes. Car accidents are already at very high levels, in other words, and for opioid overdoses to have surpassed them illustrates how much it is ravaging the country.

A person’s odds from dying of an opioid overdose are now higher than the risk of dying from falls, pedestrian accidents, drowning, and fire.

Deaths from preventable injuries, a category that includes both opioid overdoses and car accidents, hit nearly 170,000 in 2017, a more than 5% rise from 2016 levels. More shockingly, this is an increase of nearly 96% from the number registered in 1992.

Unintentional injury is in fact now the leading cause of death in the U.S. among people 1 to 44 years old. In 2016, 61,000 died from unintentional injury, and the top two categories are deaths from car accidents and unintentional poisonings, of which opioid deaths are a part. That’s more fatalities than are caused by cancer or heart disease.

A rising number of victims, unfortunately, are children and teenagers.

The extent of the opioid crisis, and drug overdoses overall, have led to a decline in overall life expectancy.

Unborn children are affected as well. The opioid crisis has led to a syndrome that affects babies, neonatal abstinence syndrome (NAS). It occurs when babies have been exposed to opioids in their mother’s wombs, and then go through withdrawal when they are born. The symptoms include seizures, fevers, convulsions, poor feeding, and diarrhea or vomiting.

Get it Done Right™ with Bart Bernard

If you need legal advice on either car accidents or opioid addiction in newborns, the Bart Bernard Injury Lawyers can help. We have decades of experience in Louisiana car accident law. We also fight for justice for babies who have been born addicted to opioids.

Bart Bernard has offices in both Baton Rouge and Lafayette, Louisiana. Get it Done Right™. We are seasoned professionals who offer a free initial consultation. Call today for a free case review!