Get it Done Right™

Get it Done Right™ 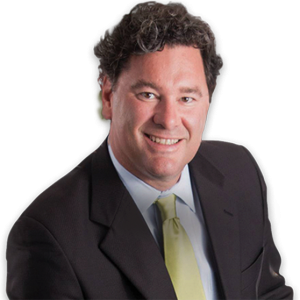 Bart Bernard knows you have a lot of choices when it comes to hiring legal counsel. But he also knows that he is the attorney who will take your case, and as he’s consistently said throughout his career, will “Get it Done Right™.” When you work with Bart, you have an aggressive, diligent fighter in your corner. Trust him to get your case done right.

A brief history of the Bart Bernard Injury Lawyers

Bart earned his undergraduate degree in finance from the University of Louisiana in 1992 and his J.D. from Louisiana State University’s Paul M. Hebert Law Center in 1995. He spent a year clerking for U.S. Bankruptcy Judge Gerald H. Schiff in the Western District of Louisiana and then joined the legal department at Harrah’s Casino in New Orleans.

After years practicing in other cities, Bart decided he would return to his hometown in 1997 to launch his own legal firm and dedicated his practice to helping people who have been harmed through no fault of their own.  He has since won many millions of dollars in damages on behalf of his local clients. His many accolades include TWO “Best of 2017” awards from the Times of Acadiana, with readers voting him the “Best Lawyer” and “Best Law Firm” in the region. Today, Bart has two offices in Lafayette as well as other offices in Baton Rouge, Kenner, Metairie, and New Orleans.

When you’ve been seriously injured at the hands of someone else’s negligence, you want to make sure you are getting the best legal counsel. You deserve to Get it Done Right! Call Bart today to set up your free consultation.