Airbags have become an integral part of the safety of modern vehicles. Because of their effectiveness in preventing serious injuries in a collision, they have become required features on new vehicles. But when the airbags are defective, they can actually cause serious injury and even death. Victims of defective airbag crashes may be entitled to recover compensation including:

At the Bart Bernard Injury Lawyers, we fight for the rights of injury victims. If you have been injured because of a faulty airbag, contact us for a complimentary consultation to discuss your legal options and determine the value of your case.

At the heart of millions of recalls across the country and around the world is an airbag made by Takata. A Takata airbag generally works like this:

Why do defective airbags fail?

With most faulty Takata airbags, the problem lies with the inflator and propellant, and there are a handful of reasons these have been failing. To begin with, Takata has chosen to use ammonium nitrate as a propellant even when other airbag manufacturers recognize that the chemical is unstable. The cartridges that housed the ammonium nitrate have been made of material that contributes to the airbag’s premature inflation and explosion. Takata airbags have also been compromised by design and manufacturing flaws and exposure to humidity.

In a separate issue not linked to Takata’s design or manufacturing, GM has also recalled millions of vehicles for a software defect. The defect can prevent the sensor from sending the signal to the airbag to deploy. GM has explained that the failure happens when the crash occurs after a “specific event”, which it has not explained.

With Takata defective airbags, hazardous projectiles can be released into the passenger compartment. There have been documented cases of exploding inflators sending shrapnel at the driver or passenger, leading to such disfigurement that the victims often look like they have been shot or stabbed in the face. In at least 11 of the cases, the injuries have been fatal.

Defective airbags can cause injuries either by exploding or by failing to deploy. Common injuries include:

The seriousness of the injuries and widespread incorporation of Takata airbags has prompted a massive recall of vehicles equipped with the ammonium nitrate inflators, especially those that fail to contain a chemical drying agent.

The Takata airbags recall spans 14 auto manufacturers and, worldwide, involves more than 100 million vehicles. The National Highway Traffic Safety Administration offers a recall lookup tool that allows users to search by either VIN or make and model. A sample of the most recent list includes models by:

What to do if your vehicle has been recalled

Prevention is key. The first thing you can do is check the recall list to see if your car’s year, make, and model are included, or you can also check by VIN. The list is updated periodically so even if your vehicle is not listed now, you should check back in the future. By signing up for the NHTSA email list, you can receive notices when other vehicles are added.

If you find your vehicle on the recall list, contact a dealer that services your make and model. There have, unfortunately, been shortages of replacement parts so you may be put on a waiting list. Because vehicles in high humidity locations are at greatest risk, owners in places like Florida may receive top priority. In the ideal situation, you would avoid driving the vehicle until it is repaired but this is not always possible. If you must use the vehicle while waiting for a recall, do not sit any closer than necessary to the wheel in order to minimize the impact if the airbag misfires.

Even if your defective airbag has been replaced, follow up with the service provider to ensure the replacement airbag is not also from defective stock. If it is, it will need to be replaced again within the lifespan of the vehicle.

Preventing an airbag injury is ideal but it is not always possible. If you or a loved one have been the victim of a defective airbag accident, contact the Bart Bernard Injury Lawyers in Louisiana to find out more about your rights. We have convenient locations in Lafayette and Baton Rouge. 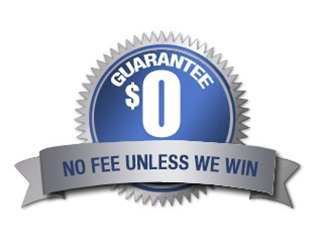