Claims for Injuries on Public or Government Property 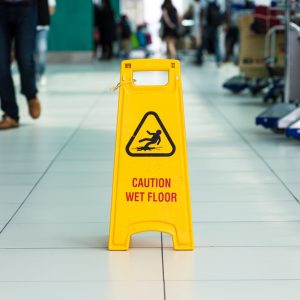 Under Louisiana premises liability laws, a property owner or operator can be held legally responsible for injuries sustained on their property. But what happens if you slip and fall – or are otherwise hurt – in a building or public sidewalk that is operated by the city, county or state?

In premises liability claims against the government, the legal process for securing compensation is much more challenging.

There are specific time limits, procedure of notice requirements and special regulations outlined in state government immunity legislation. Whether you slipped at your local post office or tripped on broken pavement in front of the DMV, failure to follow these procedures can destroy your chances of getting personal injury compensation.

Premises liability attorney Bart Bernard utilizes his knowledge of the Louisiana Governmental Claims Act to achieve favorable outcomes for clients injured on public or government property. It is possible to sue your local parish, city government, or even the State of Louisiana, if the entity breached their duty to keep public property reasonably safe for visitors.

Years ago, you’d have no recourse after a slip and fall on a city sidewalk. Until 1946, all government entities in the United States — including city, county, state and federal agencies — were immune to civil litigation. Known as sovereign immunity, this legal doctrine protected the government from being sued without consent. When the Federal Tort Claims Act (28 U.S.C.§2674) was passed, this all changed. The act allowed individuals to sue government entities for an injurious fall on public property— provided that the victim adheres to the claims process and deadlines.

Can You Sue a Public Park?

Yes, if the park was owned by a government agency that failed to prevent dangerous conditions on the grounds, and those hazards contributed to your injury. For example, you are permanently disabled after being struck by a fallen tree limb. If the municipality or government agency in charge of the park knew or should have reasonably known that the tree was dead or in need of pruning, it may be held liable for damages. If, however, your own reckless behavior contributed to the accident, the claim may not be valid. City and state government property includes not only public parks but museums, government buildings (such as the post office, municipal bus station, courthouse and DMV), public sidewalks, and roadways.

What to Do If You've Been Injured on Government Property

Any resident who wants to bring a premises liability claim against a state or parish government entity will be bound by the Louisiana Government Claims Act, which outlines the rules, exceptions and requirements necessary.

Some jurisdictions require that a claim is filed within 60-180 days of your injury, so it pays to enlist the services of a skilled premises liability lawyer. As your legal representative, Bart Bernard will ensure that you submit the notice of claim in the appropriate format, with the correct information, and within the allowed time frame.

The notice submitted to the government entity lays the foundation for your injury claim, and must include:

When Is the Government Immune From a Premises Liability Lawsuit?

There are two scenarios where a city or state government may be immune from a premises liability lawsuit.

Louisiana is among 33 states that have capped the amount of monetary damages recoverable from government entities. Under Louisiana Revised Statute 5106, this limit is set at $500,000. The courts will determine money paid for the following losses:

In order to win a premises liability claim against state and municipal entities, you must have compelling evidence that proves negligence. Bart Bernard can determine if you have a solid claim for compensation and gather the necessary evidence to bolster your chances of a successful outcome.