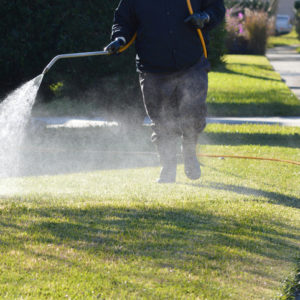 A California jury recently handed down a $289 million verdict against Monsanto and in favor of a man who claimed that Monsanto’s Roundup weed killer caused his terminal cancer. This lawsuit was the first of thousands of Roundup lawsuits against Monsanto to go to trial, and it is expected to influence verdicts in these cases. From a broader perspective, it reflects how product liability claims keep harmful products away from consumers while compensating injured parties who were exposed to those products.

Louisiana product liability lawyer Bart Bernard stands ready to challenge corporations, including Monsanto, that have placed products with design or manufacturing defects into consumers’  hands or that have falsely marketed their products as being safe for use. The Monsanto Roundup lawsuit is a solid example of how product liability claims protect consumers and punish the manufacturers of dangerous products.

Monsanto introduced its Roundup weed killer in the mid-1970’s. Roundup’s primary active ingredient is a class of herbicides known as glyphosates. Ever since it brought Roundup into the marketplace, Monsanto has claimed that this herbicide poses no health hazards to humans. An agency of the World Health Organization in 2015 contradicted this claim with its own study, which showed that glyphosates are probably carcinogenic to humans and that contact with this product can lead to forms of lymphoma and leukemia.

In the recent California case, the plaintiff’s Roundup cancer justified a verdict that included $39 million for his and his family’s actual damages, plus $250 million in punitive damages for Monsanto’s failure to disclose that exposure to Roundup can lead to cancer fatalities. Monsanto has indicated that it will appeal this verdict.

Medical experts generally agree that it is impossible to confirm with 100% certainty that Roundup is the sole cause of a person’s cancer. Under applicable product liability standards in the California case, however, the plaintiff only needed to prove that Roundup was the “substantial contributing factor” of his terminal lymphoma. This means that it is likely that his cancer would not have occurred if he had not been exposed to Roundup. Evidence in the case showed that he used Roundup 20 to 30 times per year in his groundskeeper job and that he was soaked with Roundup at least twice as a result of accidents. He developed lymphoma two years after the first of those accidents. The specific facts in this case and the World Health Organization study on the risks of Roundup exposure were sufficient to convince the jury of the connection between the plaintiff’s exposure and his cancer diagnosis.

The California Roundup lawsuit shows the importance of highlighting specific facts regarding exposure to a carcinogenic product and a subsequent cancer diagnosis. If you have been diagnosed with lymphoma, leukemia, or any other form of cancer following frequent exposure to Monsanto Roundup, you should consider the following questions:

In the California Roundup lawsuit, Monsanto was found liable for distorting the truth as to Roundup’s carcinogenic effects. Evidence introduced at trial suggested that Monsanto had not been completely forthcoming about Roundup’s known risks.

The holding regarding Monsanto’s liability will increase the pressure on Monsanto if future cases have similar holdings, but any damages awards and settlements in those cases will depend on the many different factors that are specific to each case.

Call Bart Bernard if you used Monsanto’s Roundup, either at your home or during the course of your employment, and you were later diagnosed with Lymphoma, leukemia, or any other form of cancer. The product liability lawyers at the Bart Bernard Injury Lawyers represents clients throughout Louisiana and across the nation to recover damages from companies that have carelessly placed hazardous products into the marketplace. We are currently reviewing cases of people who have received a cancer diagnosis that might be connected to their use of Roundup. We will provide a complimentary assessment of your case and give you recommendations on how best you can proceed to claim the compensation you deserve.