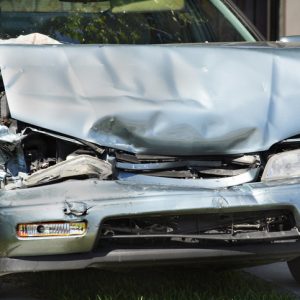 Louisiana statute states that owners are entitled to recover the diminished value of their vehicles after an accident due to a third party’s negligence. However, insurance companies often do not recognize this right without a fight. The Bart Bernard Injury Lawyers holds insurance companies accountable for these often substantial amounts so that you can be made whole.

Imagine shopping for a pre-owned car. You have the choice between two vehicles that look identical but a history report shows that one has been involved in an accident and the side panel was replaced. Which would you buy? Any reasonable person would buy the vehicle that was not involved in an accident, making the value of the vehicle that was involved less valuable. This is the reality underlying a diminished value claim.

Louisiana right to recover diminished value of a vehicle

Louisiana Revised Statute § 9:2800.17 states that the owner of a vehicle may recover additional damages equal to the amount of the reduced value of the vehicle when:

Recovering for diminution in value in LA

There are a couple things to keep in mind about recovering diminished value under the statute.

First, as recognized by the statute, diminished value is an additional claim above and beyond the cost of repair of the vehicle and may be presented separately after the property claim has settled. Vehicle owners need to be aware of their right to recover the diminution in value because insurance companies generally do not willingly offer it – owners need to demand it.

Third, be prepared to prove the diminished value by a preponderance of the evidence. Working with a professional is often necessary to meet the required standard of proof.

Bart Bernard works with victims of car accidents throughout Lousiana and fights the resistance of the insurance companies to recover full and fair diminution in value.

What is needed to present a diminished value claim?

A claimant needs to present evidence of the value of the vehicle from both before the accident and after the repairs restore it to its pre-accident condition. Evidence often includes industry guides and consideration of the condition the vehicle was in. Ideally it will also include expert testimony from someone who understands the true impact that the reputation of an accident has on a vehicle – someone like a car dealer. It is important to convey the true impact that the accident had on the vehicle’s worth.

Beware of the diminished value calculator

Insurance companies often refer to a formula to calculate diminished value and the practice is flawed. In some cases, the value of a vehicle may be diminished by 50% but the calculators may set a maximum recovery of only 10%. That leaves a lot of value uncompensated.

The most common formula used by insurance companies across the country is known in the industry as “17c”, named after a section of a document filed in a Georgia case. Paragraph 17c included a calculator that severely underestimates diminished value by starting with an artificially low maximum and making reductions from that to arrive at an unreasonably low settlement amount. Even Georgia courts do not advocate the blanket application of 17c. Be prepared to fight the unfair application of this type of diminished value calculator if you expect to receive fair compensation.

What is the average diminished value settlement?

There is no average diminished value auto claim settlement price but there are consistent factors that impact a claim. Some considerations include:

It is important to work with a diminished value lawyer because they understand how to respond to insurance company tactics and obtain fair compensation.

Bart Bernard has offices in Baton Rouge and Lafayette, Louisiana, where we fight for maximum compensation for property damage claims following car accidents. Call today to schedule a free case evaluation. We never collect attorney fees unless we collect damages for you.