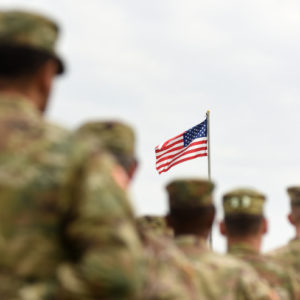 A whistleblower lawsuit alleging 3M knowingly sold faulty combat earplugs to the U.S. military culminated in a $9.1 million payout last year. The defective military earplug settlement resolved a False Claims suit brought by the U.S. Department of Justice. Now, scores of veterans who are dealing with high-pitched buzzing in the ears and hearing impairment after using the earplugs are taking their grievances to court.

Close to 3 million veterans receive disability benefits for tinnitus (ringing in the ears) and hearing loss incurred during active duty. If you served in the armed forces and were issued 3M dual-ended earplugs, you may be eligible for VA hearing disability compensation. Reach out to the Bart Bernard Injury Lawyers to see if you qualify for filing a military ear plug hearing loss lawsuit.

3M, headquartered in Minnesota, continues to stand behind the safety of its Combat Arms Earplugs, claiming the product is not defective in design. The settlement agreement made between the long-time government contractor and Uncle Sam made no admission of responsibility, but it has fueled a slew of new lawsuit filings.

A spokesperson for 3M disagreed with allegations that the Dual-Ended Combat Arms Earplugs (version 2) were sold with known defects. According to complaints raised by the Department of Justice, the ear buds were not long enough for proper insertion and hearing protection. 3M chose to settle the whistleblower suit to avoid additional legal fees and ongoing litigation with the U.S. government.

Unfortunately, none of the $9.1 million ear plug settlement money will go to affected military personnel. Legal recourse is still available to veterans whose hearing capacity and quality of life has been compromised by faulty safety equipment issued during service. Lawsuits, which may soon climb into the hundreds, are seeking damages for permanent ear damage, poor balance, tinnitus and other injuries related to hearing loss.

Soldiers wearing the combat earplugs in question were continuously exposed to damaging noises during basic training and in the field. While 3M has stopped manufacturing the CAEv2 earplugs, this is cold comfort to the many of our veterans who are now suffering the life-altering consequences.

One veteran who is suing 3M claims that his tinnitus is so awful that it’s like having 10,000 cicadas buzzing in his head 24 hours a day. Another plaintiff says that the ringing in his ears is so constant he is never at peace.

Many speculate that it won’t be long before thousands of veterans afflicted with tinnitus and hearing loss will seek justice through the legal system. Those who served in the army, air force, navy or marines between 2003 and 2015 are the most likely to be impacted by this emerging litigation.

According to allegations leveled in recent court documents, Aearo Technologies (later acquired by 3M) purportedly knew the flanges on the ear plugs were too short to stay in place and gave misleading information about the products’ noise reduction rating to the military.

There is currently no cure for tinnitus, although certain prescription medicines can reduce symptoms in some patients. Men and women who dedicated years of their lives serving in the armed forces are now dealing with hearing problems that were aggravated or caused by defective ear plugs. Tinnitus and hearing loss go hand-in-hand, and while no dollar amount can erase this fact, a successful lawsuit can ensure financial security for getting the best medical treatment.

Nearly two-thirds of all military personnel develop some level of hearing loss and/or tinnitus after deployment and service. This can be caused by a single or repeated exposure to high-impulse sounds caused by explosive devices or by a steady exposure to sound pressure levels higher than 75–85 dB.

The government provides disability compensation for hearing impairment and tinnitus that are attributed to military duty. Those who lost hearing because of 3M earplugs should understand that civil action will not affect VA disability benefits.

Were you diagnosed with tinnitus or bilateral hearing loss after wearing Combat Arms Earplugs by 3M company? Contact the Bart Bernard Injury Lawyers to discuss your case free of charge. Reach out to our office locations in Lafayette, Baton Rouge and Kenner, Louisiana.