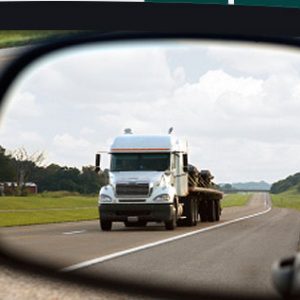 It’s not uncommon for long-haul truckers in the U.S. to log more than 600 miles a day, or more than 12,000 miles a month. Many of these truckers brave treacherous road conditions and extreme weather during these grueling commutes as they crisscross the country.

Truck drivers are no strangers to long shifts behind the wheel, in which they get to know some of the nation’s most impressive highways and roads. From Florida to California and from New York to Washington, here are seven of the longest trucking routes in America.

On any given day, long-haul truckers are covering huge distances on seemingly endless stretches of highway, as they transport cargo and consumer goods from points A to B.

Here are seven of the longest highways in America:

According to research conducted by the National Highway Traffic Safety Administration, fatigue is one of the primary causes of commercial truck accidents in the United States. Overworked truckers – who are paid by the mile — are often pushed to violate hours of regulation in an effort to meet tight deadlines. Many of these big rig crashes result in life-threatening injuries and fatalities.

If you or someone you love were injured because of a drowsy or negligent driver, protect your rights by speaking to Bart Bernard, an experienced Louisiana truck accident lawyer. Call our Baton Rouge or Lafayette law offices to schedule a free, no-obligation case review today.