The Most Dangerous Highway in Louisiana

The Most Dangerous Highway in Louisiana 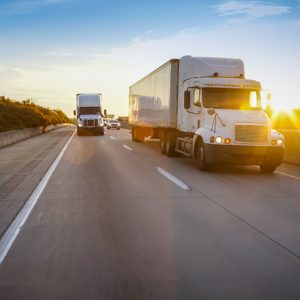 Geotab, a consulting company, compiled data from two government sources, the National Highway Traffic Safety Administration and the Federal Highway Administration, to determine the yearly tally of fatal vehicle accidents on every highway. It then compared those results to the average amount of traffic the roadway gets. The resultant figure is called the “Fatal Crash Rate.”

According to the data, an average of 27 fatal vehicle accidents occur yearly on U.S. 90. U.S. 90 at Exit 202 to Houma generally has approximately 20,000 vehicles traveling in both directions daily.

Most fatal crashes on U.S. 90 occurred in in St. Mary, St. Charles, and Iberia parishes during 2017.

Multiple Access Points an Issue; Would an Upgrade Help?

Local officials noted that these areas have multiple access points to the highway. Most accidents happen as people enter the freeway, with collisions occurring with drivers already on the roadway or directly behind the entering car.

To make travel safer in the corridor between Lafayette and New Orleans, U.S. 90 could be upgraded to interstate standard, which would result in fewer defined access points, and thus likely fewer accidents. The new highway would be called I-49 South. Local politicians and businesses have wanted the upgrade for years.

However, money has been a sticking point. Regional Economic Models and CDM Smith for the Community Foundation of Acadiana estimated that the road from Raceland to Des Allemands would cost about $150 million (assuming a 2023 completion date) and that the road from Des Allemands to Interstate 310 would cost of $838.5 million in St. Charles Parish (assuming a 2021 completion date).

Neither the state nor the Federal government has come up with money for upgrading the road.

However, J-turns are being implemented in the stretch of U.S. 90 that runs through St. Mary Parish. Officials believe that these will lead to a downturn in the number of collisions, as they will make access to U.S. 90 safer.

Still, the same officials believe that Federal freeway access routes, such as on-ramps and acceleration lanes, would be the optimal solution. J-turns will help, but not as much as freeway traffic control methods.

If you or a loved one has been in a car accident in the state of Louisiana, attorney Bart Bernard is here to help. He and his team of investigators can determine the causes of your accident and gather strong evidence to prove who was at fault. Statutes of limitation restrict the amount of time you have to file a lawsuit, so please contact Baton Rouge and Lafayette car accident attorney Bart Bernard today for a free case review!

More information on the dangers of U.S. 90 in Louisiana: