The 3 Most Common Drugs Truckers Use Behind the Wheel

The 3 Most Common Drugs Truckers Use Behind the Wheel 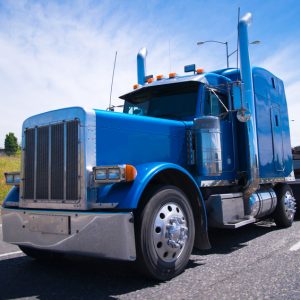 Last year, drug use among commercial truck drivers hit the highest level since 2009, as measured by United States Department of Transportation (DOT) data.

While the percentage of drivers who failed drug tests was still low, at 1.98% versus 1.85% in the previous year, the increases are still worrisome. Drug use can cause lapses in driver attention and ability to focus, as well as impairing reflexes and reaction time.

Of more concern still is that even small percentages out of the 5.4 million truckers tested represent a large number of drivers. The percentage of truck drivers who failed the test due to marijuana alone, for example, was 0.81%.

That may seem small, but it represents 44,388 drivers on the road who are under the influence of a drug that can impair their driving.

By far the most common drug that truckers use while driving is marijuana. DOT officials noted that the increasing legalization of the drug in many states may make it more available and accessible. Marijuana can cause symptoms similar to alcohol, decreasing concentration and spurring a feeling of sleepiness.

The second most common drug is amphetamines, commonly called “speed.” The percentage of drivers who failed a drug test due to amphetamine in their system was 0.65%, or 35,421 drivers.

The third most common drug is cocaine, which caused 14,939 drivers to flunk drug tests.

Both amphetamines and cocaine work as stimulants. They change perceptions and reaction time, and can cause hallucinations. Truck drivers may be taking them to keeping working long shifts and complete their long-haul assignments.

If so, lack of sleep with drugs on top of it may cause drivers to be inattentive to traffic conditions, impair reaction time and responses, and cause drivers to misjudge distances, among other errors.

While neither opiates such as heroin or phencyclidine (PCP) made the top 3, they did cause a number of drivers to fail drug tests.

Observers also note that there is a widespread opioid crisis in many parts of the U.S. Currently, the DOT doesn’t test for opioid use.

Drivers can be tested at random or before their employment begins. They are also tested after an accident, if there is reasonable suspicion that they might be using drugs, and after they return to duty.

Drivers who test positive for drugs are immediately banned from driving commercially. They have to undergo drug rehabilitation treatment before they can be considered for rehiring.

Drug use behind the wheel is a danger to other motorists and pedestrians because it raises the risk of accidents. If you or a loved one has been involved in an accident with a truck driver who was abusing drugs, you may be eligible for compensation.

The Bart Bernard Injury Lawyers has vast experience in truck accident law. We have offices in both Baton Rouge and Lafayette, Louisiana. We assist people who are long-time residents of our communities and out-of-state visitors who need expert legal guidance.

Additional Resources on Drug Use among Truck Drivers: