How Tesla’s Semi Truck Will Change the Trucking Industry

How Tesla’s Semi Truck Will Change the Trucking Industry 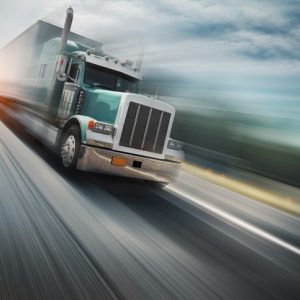 In mid-November, Elon Musk’s innovative company Tesla announced a self-driving semi truck, slated to roll out in 2019. Although much of the publicity about self-driving vehicles has focused on cars, a self-driving truck has enormous potential to disrupt the transportation industry.

Currently, many goods throughout the U.S. are distributed via long-haul trucking. Tesla’s self-driving truck, which is forecast to have a 500-mile range, is an electric vehicle as well as a self-driving one.

For starters, the fact that it’s electric means savings on fuel estimated at $200,000, according to Forbes.

But it may transform the trucking industry more than that. An economist quoted in Forbes says that self-driving trucks could be “the most powerful thing to hit us since the building of the superhighways in the 1950s.”

Why? Because trucks today are productive only about one-third to one-half of the day. Human truckers must sleep. The trucks also spend nonproductive time sitting, being serviced, and waiting to be loaded.

Some observers believe that the trucking industry could increase its productivity by 100% and cut travel times in half. Autonomous trucks can, theoretically, drive 24/7, which means they keep going for long distances when human drivers couldn’t. Goods could be delivered much faster than they are now as a result.

Safety Behind the Wheel?

Will self-driving semi trucks be safe on the road? Many observers say yes. Like the self-driving car, the autonomous trucks would be programmed to avoid other vehicles and to obey the rules of the road. Potentially, this could improve safety and reduce accidents that stem from driver or other preventable human error.

Some people feel that autonomous trucks could result in an 80% drop in rear-end collisions, for example, as the trucks are programmed to stop when an object — person or thing — is too close to the back end.

But the fact of the matter is, the only self-driving vehicles on the road to date have been prototype vehicles, designed to test the functioning, viability, and safety of the vehicles in real-world conditions.

Because the technology is so new, it comes with a host of questions about real-world applications. Can the sophisticated computer systems be hacked, for example? Might malicious hackers cause accidents? Will they be built with an override for human drivers, as self-driving cars to date have been? Can they identify all road hazards and conditions, such as fog or bridges — areas self-driving cars have had trouble with?

Stay tuned. Potentially, these trucks are big business. They are also vehicles that could affect everyone who drives.

Do You Need an Attorney Experienced in Trucking Accidents?

Have you or a loved one been in a trucking accident? These cases can be complicated, as the party liable could be the company that packed the cargo, maintained the truck, set the schedules, or the driver.

You need a lawyer experienced in trucking law.

Lafayette truck accident attorney Bart Bernard will assess and review your case with the utmost care and concern. The initial consultation on your case is free. We have two offices in Louisiana, in Lafayette and Baton Rouge. Call today to see how much your case is worth!