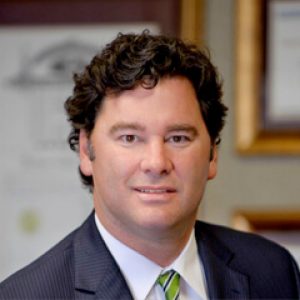 Bart Bernard coined the phrase “Hit hard with Bart Bernard!™” to compliment his heavy hitting style. Insurance companies will often make low-ball offers of settlements prior to trial if they believe the deck is stacked in their favor. But Bart does not suffer bullies, especially those that seek only to undermine the recovery of plaintiffs who are already suffering. To Bart, these tactics are unacceptable, and so he is willing to take his cases to trial if necessary.

Bart Bernard is among Louisiana’s most reputable personal injury lawyers. Known for his hard-hitting negotiating style and willingness to go to trial, Bart is absolutely committed to helping victims of negligence receive maximum compensation for serious injuries.

Be Smart. Get Bart.™

Navigating the legal process without legal counsel is never a wise decision. The smallest misstep whether it’s making an uninformed statement to an insurance adjuster, or giving improper notice to certain defendants, or failure to file within the statute of limitations- any number of rookie mistakes could cost you the right to file a lawsuit in Louisiana. You know better than that! You’re Smart. Get Bart.™

A record of leadership in Louisiana

Bart Bernard developed notoriety for aggressively taking on big defendants – and winning. For instance, in the case of Trenton Broussard vs. LA Farm Bureau, Bart Bernard was able to recover over $2 million for his client, who was rear-ended by an uninsured motorist and denied coverage under the uninsured motorist part of the policy. LA Farm Bureau ultimately lost their appeal in court.

Call for a Free, Private Consultation

Are you ready to hit hard with Bart Bernard? Call 900-9000 any time, day or night, for more information about pursuing a legal claim for your personal injury. All legal counsel is on a contingency basis only, so you pay nothing unless he wins compensation on your behalf.